Vaping is the act of inhaling and exhaling the aerosol, often referred to as vapor, which is produced by an e-cigarette or similar device. These devices include not just e-cigarettes, but also vape pens and advanced personal vaporizers (also known as ‘MODS’).

One person has already died as a result of severe lung injuries linked to vaping. And, in a growing number of cases, around the United States, there are reports of severe respiratory illnesses caused by the vape cigarette.

The adult from Illinois who died is among 193 other reported cases across 22 states of people hospitalized for the lung injuries, according to the CDC (Center for Disease Control).

Doctors report treating injuries ranging from severe inflammation to bleeding in the lungs.

At this time, it’s not known if these respiratory illnesses are temporary or permanent. 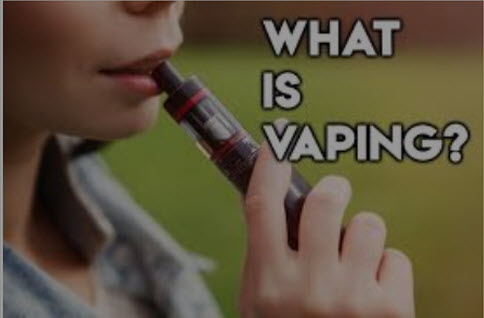 The CDC, says there are a number of potentially harmful ingredients in e-cigarette aerosol, including lead, ultra-fine particles, volatile organic compounds, and cancer-causing chemicals.

Symptoms include shortness of breath, chest pain, severe coughing, nausea and vomiting. There also is weight loss and fatigue. In many of the 193 cases reported, hospitalization was also necessary.

E-cigarettes can cause heart problems in both humans and animals.

When you vape, a heating element in the e-cigarette raises the temperature of a liquid chemical. The liquid, or vape juice, converts to an aerosol, or vapor, that users inhale. It often contains nicotine, the addictive chemical in tobacco products, as well as flavors.

For example, researchers at Duke and Yale universities showed that chemicals in vape juice can go through changes that can cause harm. And, the problem can get worse after you add the flavors, nicotine, and solvents.

In addition, one study showed that vapor, even without added nicotine, can inflame the inner lining of the blood vessels. It happens when the tiny drops of vapor, or aerosol, get into the respiratory tract and can reach the lungs. From there, they get into the bloodstream and cause generalized inflammation.

The FDA says they are acting against counterfeit e-cigarette products. The FDA also does random testing of ingredients in these cigarettes. For example, some brands contain large amounts of controlled substances.

No question that a tighter review of e-cigarettes is necessary through regulation and enforcement.