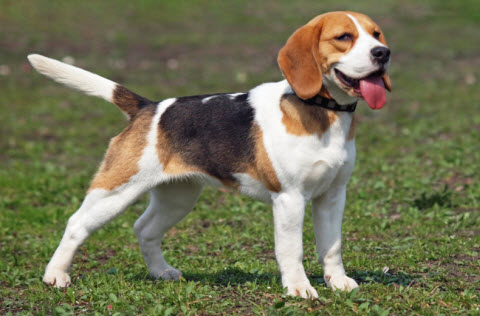 As current diagnostic tools used detect cancer of the lungs can at times be inaccurate, researchers are looking for better tools. The smell acuity of dogs and beagles in particular is very sensitive.

Beagles are also able to retain air in their nasal passages for longer periods of time during exhalation. This helps them identify odors.

The research team worked with three beagles, whom they trained to “sniff out” lung cancer cells in plasma (blood) samples. They specifically chose beagles because they are scent hounds  — traditionally bred to chase small game animals during a hunt.

Beagles were trained for 8 weeks. After the training period, the beagles were required to correctly distinguish between blood samples collected from individuals with non-small cell lung cancer. They also sniffed a set of blood samples from healthy individuals.

All samples were placed in one room, at a height at which the dogs could comfortably sniff them. The beagles were trained to sit down when they could smell cancer, or move away if the sample was from a healthy person.

Incredibly, The dogs successfully chose between the two samples. They identified the presence of cancer with 97.5% specificity, and 96.7% sensitivity.

At present, researchers are completing a study testing the dogs’ ability to identify several other forms of cancer, including breast cancer and colorectal cancer.