The high cost of prescription drugs is pushing many Americans away from taking their medicine. They are ignoring doctors’ orders to take their medications according to the schedule.

The statistics are worrisome. Twenty eight percent of pre-Medicare-age adults are not adhering to their prescriptions as written. Instead, they’re asking for cheaper drugs, generics, or just re-filling their prescriptions. In some cases, they’re taking less than the prescribed dosage, skipping doses, or just buying their medicines from outside the country. 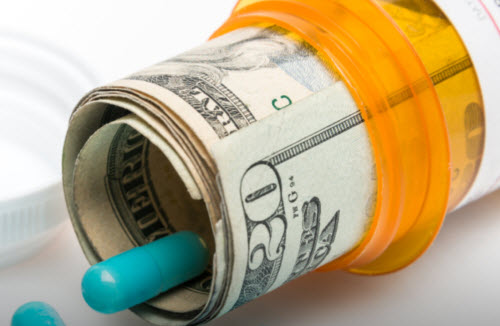 High Cost: The Stats Are Grim

In Mississippi, 41 percent of 19- to 64-year-olds reported not taking their medications as prescribed. The states with the next highest percentages are Indiana (38 percent), Texas and Utah (36 percent). Both Missouri and Alabama are at 35 percent.

Locations with the lowest rates of noncompliance for prescription drug use include Massachusetts (16 percent), New York and Vermont (18 percent).  Both Montana and the District of Columbia are at 19 percent.

The data shows that in 2017, nearly 11 percent of Americans over age 18 were diagnosed with diabetes and nearly 13 percent with prediabetes. The annual price of the Lantus SoloStar insulin pen, used to treat both conditions, increased from $2,907 in 2012 to $4,703 in 2017 — a 62 percent increase.

Prescription drugs are taking up an increasing share of health care costs, according to a press release from the AARP.

And, the insurance that helps pay for their prescriptions, is insufficient. In the long run, insurance premiums will also go up, which creates a viscious cycle. Seniors can’t pay for the expensive medicine and also can’t pay the higher insurance premiums. In addition, taxes will will be raised to help pay for public health plans. That’s a triple whammy.

Congress must do something to lower the cost of prescription drugs.