Education Levels And Alzheimer’s, Is There A Link? 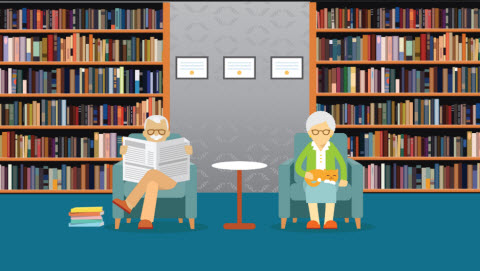 Researchers have advocated that people continue their education throughout their lives in order to reduce their risk for dementia. The underlying reason is that dementia and Alzheimer’s  are characterized by progressive memory loss.

Indeed, the logical assumption is that education boosts cognitive ability to a level that can withstand any brain damage as a person ages.

But, new research from The Johns Hopkins University School of Medicine, found no link between a person’s education level and risk level for Alzheimer’s.

Researchers analyzed the data collected by the Atherosclerosis Risk in Communities (ARIC) study, which included information from almost 16,000 participants who were healthy at baseline and who joined ARIC in midlife between 1987 and 1989.

The participants’ health progress was followed for 20 years to the age of 76.

In particular, the researchers focused on 331 participants without dementia at baseline, for whom they had brain imaging data.

In this group,  54 did not have high school education, 144 had finished high school or earned a GED diploma. The other 133 subjects attended some college.

Participants were given MRI and PET scans measure levels of beta-amyloid in the brain. Toxic beta-amyloid plaques, which disrupt brain cell communication, are characteristic of Alzheimer’s disease.

Cognitive function between the ages of 65 and 84 was also evaluated.

The results showed that people with higher levels of formal education, had higher cognitive function scores compared with others who had lower levels of education.

But the higher education levels did not positively link to a lower risk for developing Alzheimer’s.