The study tested 218 slim people, all of whom had a body mass index in the range between 22 and 27.9. This is considered slim to normal weight levels.

Dr. William Kraus — a cardiologist and distinguished professor of medicine at Duke University in Durham, NC — ran the study.

Dr. Kraus explains that some cardio and metabolic markers, such as cholesterol, blood pressure, and blood sugar, can raise the risk of heart disease and death, even when they’re at normal levels.

On the other hand, several studies report that calorie restriction benefits both a person’s health span and life span. Therefore, their question is whether this benefit is due to weight loss, or can slim people also benefit as well. 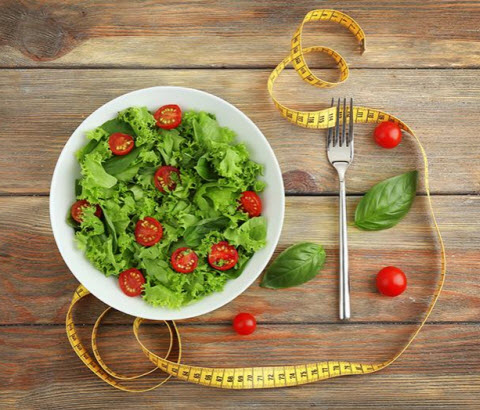 To begin, the researchers randomly assigned participants to one of two groups:

Group A: reduced their caloric intake by 25% (the cut calorie group), and,

Group B: this group did not change their caloric intake (the control group).

The first group, Group A, ate three meals per day and were free to choose from six different meal plans. They also attended group and individual counseling sessions for the first 6 months of the trial. The study started in May 2007 and continued through to February 2010.

Not all the participants in the intervention group managed to maintain a 25% calorie reduction throughout the study period. However, they did reduce their intake by almost 12%, on average.

The results for Group A were very positive. There were dramatic dramatic improvements and high positive effects on waist circumference, triglycerides, HDL cholesterol, glucose control, and blood pressure.

In addition, calorie restriction resulted in a significant improvement in C-reactive protein. This is a marker of inflammation that scientists have linked to heart disease, cancer, and cognitive decline.
Insulin sensitivity and markers of metabolic syndrome also improved.

The results clearly show that even a small modification to one’s daily diet can reduce the risk for heart disease, inflammation and diabetes. All it takes is just a small daily adjustment. For example, eating slightly smaller portions at dinner, or not snacking after dinner is over.

So, stick to your healthy diets; just eat a bit less of it. It’s a really good investment.

Posted in Daily Dose Of Inspiration!